Main page > About Us > Research Findings

These  research findings serve to give a better understanding of the Thetahealing DNA work and Sacred Activations work I am doing . It show how Scientists through RE- Search ( searching again) is RE- veiling ( lifting the veal again)  what Metaphysics is . Thetahealing is quantum physics , biology discovery  and observation of human emotions and feelings.

1. Nobel prize for Medicine awareded for work on aging. Oct 2009.

UNRAVELING TELOMERES: The 2009 Nobel Prize in Physiology or Medicine recognizes work going back nearly three decades on the role of genetic code that marks the end of chromosomes. Image: Elizabeth Blackburn.

3. Scientists Prove  DNA Can Be Reprogrammed by Words and Frequencies. Dec 2011.

“Scientist Prove DNA Can Be Reprogrammed by Words and Frequencies

THE HUMAN DNA IS A BIOLOGICAL INTERNET and superior in many aspects to the artificial one. Russian scientific research directly or indirectly explains phenomena such as clairvoyance, intuition, spontaneous and remote acts of healing, self healing, affirmation techniques, unusual light/auras around people (namely spiritual masters), mind’s influence on weather patterns and much more. In addition, there is evidence for a whole new type of medicine in which DNA can be influenced and reprogrammed by words and frequencies WITHOUT cutting out and replacing single genes.

Mindfulness Can Literally Change Your Brain

The business world is abuzz with mindfulness. But perhaps you haven’t heard that the hype is backed by hard science. Recent research provides strong evidence that practicing non-judgmental, present-moment awareness (a.k.a. mindfulness) changes the brain, and it does so in ways that anyone working in today’s complex business environment, and certainly every leader, should know about.

We contributed to this research in 2011 with a study on participants who completed an eight-week mindfulness program. We observed significant increases in the density of their gray matter. In the years since, other neuroscience laboratories from around the world have also investigated ways in which meditation, one key way to practice mindfulness, changes the brain. This year, a team of scientists from the University of British Columbia and the Chemnitz University of Technology were able to pool data from more than 20 studies to determine which areas of the brain are consistently affected. They identified at least eight different regions. Here we will focus on two that we believe to be of particular interest to business professionals.

The first is the anterior cingulate cortex (ACC), a structure located deep inside the forehead, behind the brain’s frontal lobe. The ACC is associated with self-regulation, meaning the ability to purposefully direct attention and behavior, suppress inappropriate knee-jerk responses, and switch strategies flexibly. People with damage to the ACC show impulsivity and unchecked aggression, and those with impaired connections between this and other brain regions perform poorly on tests of mental flexibility: they hold onto ineffective problem-solving strategies rather than adapting their behavior. Meditators, on the other hand, demonstrate superior performance on tests of self-regulation, resisting distractions and making correct answers more often than non-meditators. They also show more activity in the ACC than non-meditators. In addition to self-regulation, the ACC is associated with learning from past experience to support optimal decision-making. Scientists point out that the ACC may be particularly important in the face of uncertain and fast-changing conditions.

The second brain region we want to highlight is the hippocampus, a region that showed increased amounts of gray matter in the brains of our 2011 mindfulness program participants. This seahorse-shaped area is buried inside the temple on each side of the brain and is part of the limbic system, a set of inner structures associated with emotion and memory. It is covered in receptors for the stress hormone cortisol, and studies have shown that it can be damaged by chronic stress, contributing to a harmful spiral in the body. Indeed, people with stress-related disorders like depresssion and PTSD tend to have a smaller hippocampus. All of this points to the importance of this brain area in resilience—another key skill in the current high-demand business world.

These findings are just the beginning of the story. Neuroscientists have also shown that practicing mindfulness affects brain areas related to perception, body awareness, pain tolerance, emotion regulation, introspection, complex thinking, and sense of self. While more research is needed to document these changes over time and to understand underlying mechanisms, the converging evidence is compelling.

Mindfulness should no longer be considered a “nice-to-have” for executives. It’s a “must-have”:  a way to keep our brains healthy, to support self-regulation and effective decision-making capabilities, and to protect ourselves from toxic stress. It can be integrated into one’s religious or spiritual life, or practiced as a form of secular mental training.  When we take a seat, take a breath, and commit to being mindful, particularly when we gather with others who are doing the same, we have the potential to be changed.

Christina Congleton is a leadership and change consultant at Axon Coaching, and researches stress and the brain at the University of Denver. She holds a master’s in human development and psychology from Harvard University.

Britta K. Hölzel conducts MRI research to investigate the neural mechanisms of mindfulness practice. Previously a research fellow at Massachusetts General Hospital and Harvard Medical School, she currently works at the Technical University Munich. She holds a doctorate in psychology from Giessen University in Germany.

Sara W. Lazar is an associate researcher in the psychiatry department at Massachusetts General Hospital and an assistant professor in psychology at Harvard Medical School. The focus of her research is to elucidate the neural mechanisms underlying the beneficial effects of yoga and meditation, both in clinical settings and in healthy individuals.

Alter Your Genes and Cure any Disease

The new age gurus, spiritualists or visionaries talk about the power of thoughts and how it manifests into reality. But when the same theory/concept is affirmed by someone from a scientific background, it helps bridge the gap between science and the spirituality.

Bruce Lipton, a cellular biologist and bestselling author of The Biology of Belief, advocates the idea that we have significant control over our biology, and with our intentions and beliefs we can ‘reprogram’ or ‘control’ our genes and our lives. This challenges the traditional scientific belief that genes control life and people attribute their illnesses to genetic dysfunctions.

For instance if cancer, heart failure or some other disease runs in the family, it doesn’t necessarily mean that a younger member of the family would also get those diseases, contradictory to the belief that diseases are hereditary. The genes can be altered by changing our environment and perception of that environment.

“You can control your genes by influencing your beliefs and personal attitudes. How I see the world and my perception controls not just internal biology and genetic behaviour but it controls how I create a world around me, your mind’s perception of the world changes the biology and chemistry of your body which changes the cells in your body.”

Cells are like miniature people, since cells and humans have the same system like digestive, reproductive, immune and nervous systems. Each cell, like every human, has receptors built into its skin so it can become aware of the environment. If a person is in a stressful environment, every one of our cell is also experiencing that via the electromagnetic vibrations sent throughout our body. Similarly, if we are happy, our cells are happy and in harmony. “Cells experience the same life you experience and it can survive outside of your body by living and growing in a tissue culture dish,” Lipton adds. Research reveals that 95% of the time humans use their subconscious mind which is the habit mind programmed from childhood till the age of 6, after which your life is controlled by those habits. While the conscious mind, which we associate with our personal identity, our thinking and reasoning mind, is used only 5% of the time.

You might accept this message and might think that I will change or become positive and eliminate the negative thoughts, but in real that’s only your conscious mind talking, the subconscious wants to return to his old ways of repetitive patterns. We have to make a conscious effort to unlearn what we were programmed as children and not rely on habits and make a visible change in our lives.

According to Lipton, there are three ways that are effective in changing old, limiting or sabotaging beliefs in the subconscious mind, Buddhist mindfulness, clinical hypnotherapy and a new healing modality called ‘energy psychology.’ This change will eventually lead to a healthier living in harmony with nature and ourselves.

Our right hemisphere, it thinks in pictures and it learns kinesthetically through the movement of our bodies. Information … explodes into this enormous collage of what this present moment looks like, smells like and tastes like, what it feels like and what it sounds like.” (Jill Bolte Taylor) 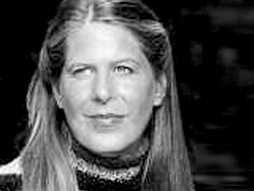 Brain researcher Jill Bolte Taylor studied her own stroke as it happened -- and has become a powerful voice for brain recovery.

Why you should listen to her:

One morning, a blood vessel in Jill Bolte Taylor's brain exploded. As a brain scientist, she realized she had a ringside seat to her own stroke. She watched as her brain functions shut down one by one: motion, speech, memory, self-awareness ...

Amazed to find herself alive, Taylor spent eight years recovering her ability to think, walk and talk. She has become a spokesperson for stroke recovery and for the possibility of coming back from brain injury stronger than before. In her case, although the stroke damaged the left side of her brain, her recovery unleashed a torrent of creative energy from her right. From her home base in Indiana, she now travels the country on behalf of the Harvard Brain Bank as the "Singin' Scientist."

"How many brain scientists have been able to study the brain from the inside out? I've gotten as much out of this experience of losing my left mind as I have in my entire academic career."

Email to a friend »

1) We share at Facebook page 'Theta Healing - Singapore' and "ThetaMiraculous Activations".
2) Be on our mailing list to keep abreast of courses
3) Email via Contact Us
4) WhatsApp or sms Evlyn. Its a useful alternative when emails don't get through either way due to a technical glitch.

ThetaHealing® Mission:  To change one person at a time and show everyone their true connection to Source energy. We aim to bring forward the best in all people.

Our Vision :  To em-power you to transform and discover the magnificent being that you are. Become one who can create the reality you desire.

How You See Yourself, Is Everything